From Pro Male Wiki
Jump to navigation Jump to search 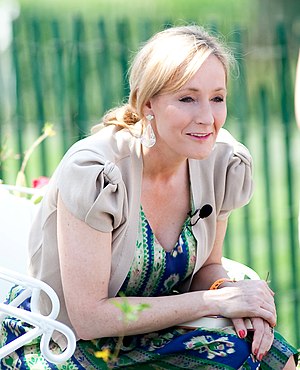 Joanne Rowling is a British writer best known for being the author of the Harry Potter series. She is a TERF who has made a number of misandric and transphobic statements and cried misogyny upon receiving backlash for it.[1] She has become a holy figure among radical feminists who praise her for her overt bigotry. Rowling shows narcissistic traits such as abusing people and then eagerly playing the victim right after having been exposed.

Rowling responded with her Twitter account and its millions of subscribers to a man who called her a, "shitty writer", by calling him a, "lonely virgin", and implying that being a male virgin is something to be ashamed of.[2]

She advised misogynists to buy "penis enlargers" implying that having a small penis is something to be ashamed of.[3]

In June 2020 after having received backlash for her transphobia Rowling sank deeper into misandric hate and went on a rant about so-called male violence. She tried to pose as a victim of men as she alleged that her first husband had abused her.[4] She argued that women should keep their "hard-won sex-based rights" thereby admitting the existence of legal and institutional female privilege.[5]

In her infamous essay she stated that allowing trans women to go into women's bathrooms would pose a danger to women.[4]